Pasadena Weekly-Country in the Sand

In a place famous for rock bands ranging from The Beach Boys and The Doors to Tom Petty and The Heartbreakers and No Doubt, Eileen Carey is breaking the mold en route to success. An Altadena resident, Carey has parlayed her love of country music into a career that has so far resulted in four CDs, a number of awards and a slew of concert appearances nationwide, as well as a recent publicity tour of radio stations in the South and Midwest.

But her favorite shows are the ones in which she can be close to home, mainly because she and her husband Joe save feral cats and have provided homes to many of the felines over the past few years. Carey will be performing at noon Sunday at the 6th Annual Summer Fest in Venice, bringing country to the coastline as the official spotlight artist amid a daylong event that offers plenty of other fun in the sun as well.

“This is my third year doing Summer Fest, and you can’t get any better than being on a beach performing,” says Carey. “The best part is that a lot of the proceeds go to feed the homeless and to the Make-A-Wish Foundation.”

Carey grew up in Willowick, a suburb of Cleveland, and credits her Ohio upbringing with giving her a different perspective on country music than most of her artistic peers. She was surrounded by rock music there before moving to California to work in a Sheraton Hotel as an assistant beverage director, and it was her experience there that inspired her to go pro as a performer.

“I saw lots of performers whom I thought I was just as good as or better, so I decided to go back to performing myself,” says Carey. “I studied theater, acting and vocal classes and recorded my first CD. It went to AC (adult contemporary) radio first until a country music sales rep said to try country.”

Carey calls her style “West Coast Country” because she considers her songs to be a mix of the sounds that were prevalent in every town or city she’s lived in. Her determination to develop her own sound has paid off with her being named by the local CBS television station KCBS as one of the top 10 rising female musicians in Los Angeles.

That’s not the only recognition Carey has received, however. She has won multiple Los Angeles Music Awards, a South Bay Music Award and a nomination for a Hollywood Music in Media Award (HMMA) for the CD “Movin’ On” as well as one for “Let It Go.”

While she is determined to find success as an independent artist outside the major-label system, Carey also has offered her wisdom to other female musicians as a co-founder of FemMuse.com and TheMusicMom.com, which are tied to organizations that provide support and information for women artists and musicians.

“I’ve been building my career and reputation for awhile, and my music is about what’s around me and what people are going through,” says Carey. “I try to give them a little advice musically. Hopefully they take it and use it, but who knows? It’s about showing somebody a different angle in life. I’m a positive person and I always try to see the light in any situation.”

In addition to her work with music and cats, Carey has studied kickboxing at Classic Kickboxing of Pasadena for the past 10 years, raised two kids who went to Pasadena’s Mayfield junior and senior high schools and owned the KFC restaurant on North Lake Avenue before she and her husband Joe decided to sell it off about six years ago. While she and her family lived in Pasadena for seven years, she is happy she made the move to the smaller neighboring community and plans to stay rooted there for a long time to come.

“It’s a great easy place to find room for cats, and that’s important to us because I’ve rescued animals since age 7, and my husband has volunteered with Fix Nation for a long time as well,” explains Carey. “Last year we had a colony of cats in our neighborhood, of babies and adults, and we got them all fixed and released and I found homes for the babies. My husband is going to be going to veterinary technician school and at the end of the year. I donate some of my musical proceeds to children’s and animal organizations. I love to give back.”

Eileen Carey will perform at noon Sunday at the 6th Annual Summer Fest at Venice Beach. Admission is free. Call (562) 277-7174 or visit fx3events.com for more information 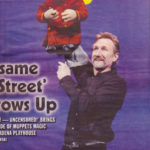 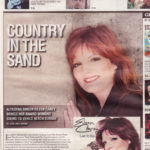 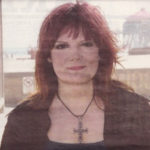